For the Ancient Ones 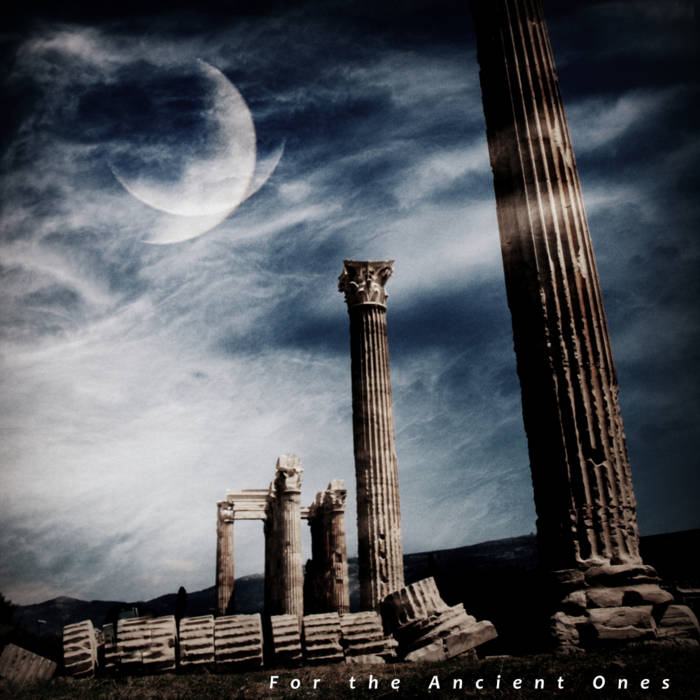 Cloud Hunter Records presents a free download album, For the Ancient Ones. Four long and deep tracks dedicated to the lost cultures of the world, and the fallen cities and ancient monuments they have left behind.

Recommended for play in the dark.

There is no physical CD edition of this album; it is available only as a free download.

'As the composer states, this album is dedicated to the lost cultures of the world, and the fallen cities and ancient monuments they have left behind.

'The music that UK synthesist Anthony Bloxham (aka The Great Schizm) composed for "For the Ancient Ones" is deep, immersing and introspective soundscape music presented in four vast pieces. The tranquil, meticulously slow morphing and darkening mood in which each piece unfolds is quite a challenge, a one won’t encounter any bright sound design.

'It proves rewarding though if the listener puts on headphones and listens attentively to the blurred sounding experimental ambient waves while descending in the spiraling freeform currents, dense shades and mists of time. During the intense and minimalist ride, a range of gloomy, angelic and surreal drone textures pass by like a thick and blurring mass I presume quite some may find too uniform, demanding or depressing.

'"For the Ancient Ones" can be downloaded for free from his Bandcamp-site.'

'Set the volume low and prepare to drift off as you listen to, or rather, get surrounded by, The Great Schizm’s For the Ancient Ones. In four tracks of increasing length, the last being 25 minutes long, Anthony Bloxham sticks to a trusted formula of long, rise-and-fall pads in overlapping layers. His tones skew toward the warm and soft, with plenty of earthy low-end notes for that kind of in-your-soul reverberation. It’s quiet and contemplative, with spots where it rises up a little without ever challenging the hush of its own flow.

'After a number of listens, I find I enjoy For the Ancient Ones more the less attention I give it. Bloxham’s very good at conveying feeling through the manipulation of his tones and drones, and the quietness of it all is effectively soothing. It’s just that the delivery of it lacks some variation. That being said, I think that lack tends to work in its favor at low volume or as a background listen. This is the kind of stuff that will slowly fill your space and change the mood by slowing everything down; that’s when it’s at its best for me. Dedicating focus and really listening for an hour? Less so. For intensive listening, these tracks fare better individually. I’ve played them on my podcast and probably will again, because they do stand on their own quite well when blended with other things. I have always appreciated the sort of minimalist approach that’s at play in these pieces, but even minimalist pieces can vary.

'If you’re looking for deep ambient or low-volume music for sleeping or meditating, definitely give this a listen.'

Music by The Great Schizm.
Featuring the voice of Rachel Barry.
Imagery by LostKnightKG Photography.